The importance of the Dubuque and Dunleith Bridge to interstate commerce can hardly be overstated. As one of the first permanent bridges over the Mississippi River, it ensured Dubuque’s role as a regional trade nexus and, on a broader scope, helped facilitate the western movement after the Civil War.

Relocation
The Dubuque & Dunleith Bridge was relocated from its original site in Dubuque to White Water Creek, 15 miles southwest of Dubuque near Cascade. In the 1990’s it was determined the bridge could no longer handle vehicular traffic and it had to be decommissioned. It was removed from White Water Creek to a storage site on adjoining farmland in June of 1999 where it was stored while the relocation and rehabilitation project was assembled. The City of Dubuque agreed to accept ownership of the bridge from Dubuque County and began preparing engineering plans and specifications. The Agreement included preservation of the bridge and its reuse on a bike/hike trail in the city. With the help of many dedicated people, and the financial assistance from the State Historical Society of Iowa, the bridge was relocated to the Bergfeld Recreation Area.

Significance
The bridge is technologically significant as one of the last remaining examples in America of cast iron truss construction. Built by one of the country’s premier bridge fabricators of the 1860’s, it features Keystone’s patented cast iron columns and ornamental connector blocks. Iowa’s oldest surviving all-metal bridge and one of the America’s last cast iron trusses, it is distinguished as a rare survivor from the country’s earliest period of all-iron bridge construction. 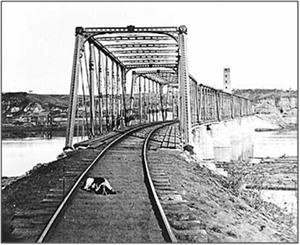 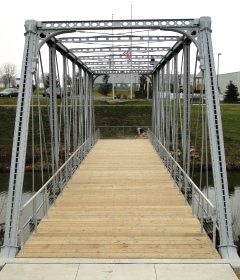 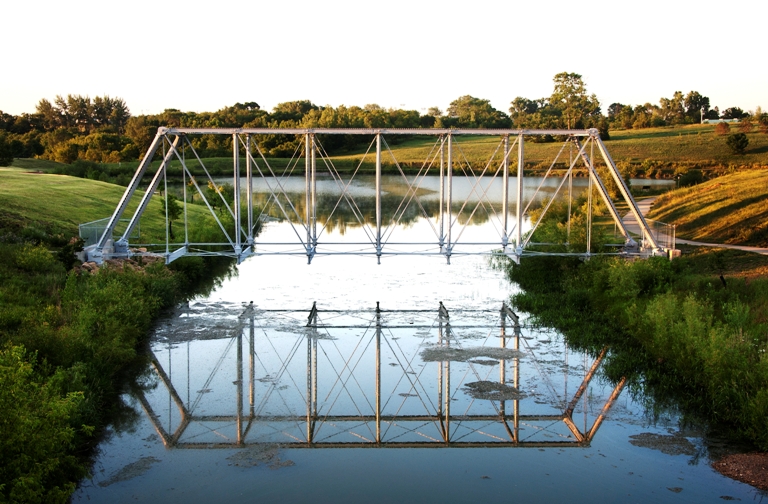