Dubuque’s Eagle Point Park, overlooking the Mississippi River and providing a spectacular view of Iowa, Illinois, and Wisconsin, is one of the most beautiful places in the Midwest.  The park is the “crown” of Dubuque’s park system, which features 49 parks covering nearly 1,200 acres.  Another jewel was recently added to that crown thanks to a generous land donation to the City of Dubuque.

More than 11 and a half acres, located between homes on Eagle Point Drive and Shiras Avenue, were donated by Jeffrey Deforest Davis, a former Dubuque resident who, along with his family, owned the wooded land adjoining Eagle Point Park. The gift was made in honor of Davis’ late father-in-law, Wayne W. Anthony, a Dubuque native and resident who lived on Eagle Point Drive for many decades.

“Wayne Anthony, known fondly by the nickname ‘Big Wayne,’ was a gentle man of generosity, accomplishment, and humility,” said Davis. “I believe this woodland represents a nice addition to an already wonderful park. It is my sense that this land offers the opportunity to add a new dimension to the park in the form of pleasant wooded hiking/walking trails and to honor a man who has been an important role model to me in my life, as well as to my children.” 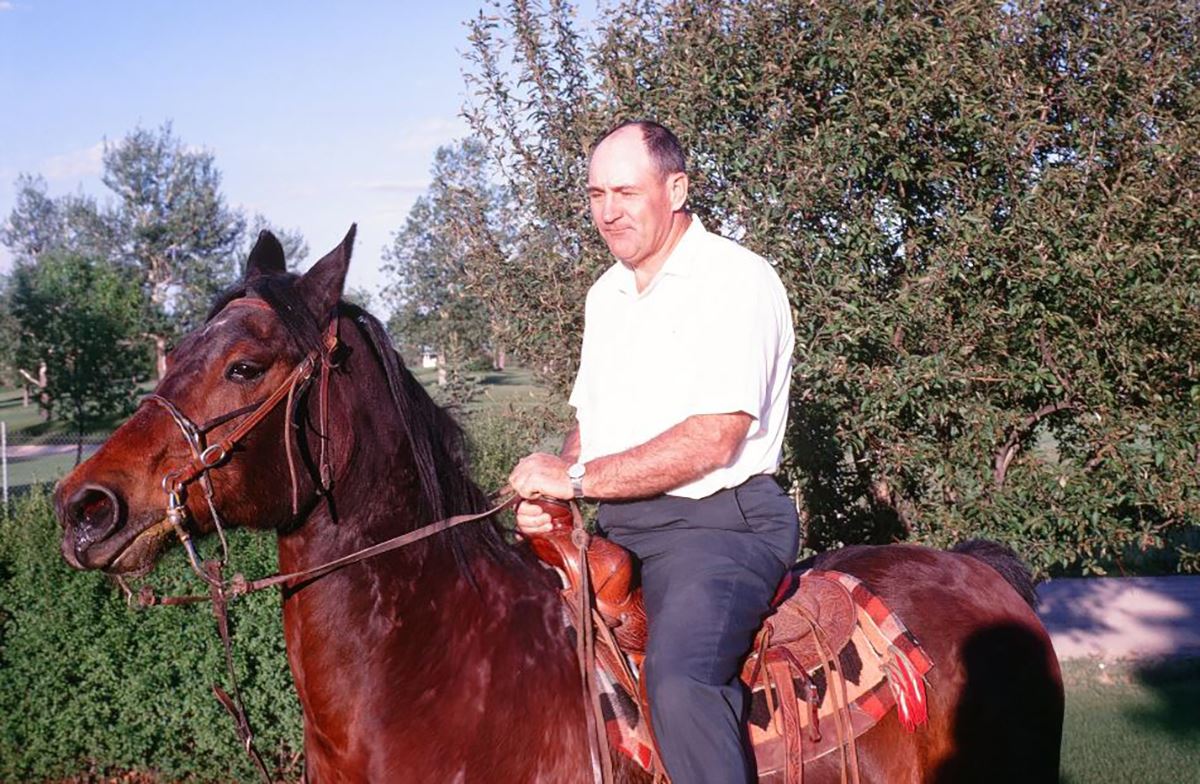 Anthony was born in Dubuque in 1915 and passed away in 2002.  He was a devoted husband and father, outdoor sportsman, lover of wildlife, and an accomplished horseman and gardener. He was an outstanding athlete at Dubuque Senior High School and a teammate of Jay Berwanger, the first-ever recipient of football’s Heisman Trophy. Anthony was an undefeated heavyweight wrestler at Dubuque Senior High School and went on to be an anchor of an outstanding University of Dubuque football team. A member of the Greatest Generation, he was a decorated WWII veteran. Anthony was wounded outside Nancy, France, just 24 hours prior to the German initiation of the Battle of the Bulge in December 1944.

The gift of this land in Anthony’s memory was made by Jeffrey Davis, now of Naples, Florida,  a 1960 graduate of Dubuque Senior High School. He has also endowed three scholarships at the University of Iowa, named for his four children and his parents, which are awarded annually to graduating seniors of Dubuque Senior. These scholarships have honored and benefitted 87 gifted young people since their inception.  Davis was a 20-year board member of Four Oaks, a statewide family services organization which serves over 2,000 young people and families annually. The Four Oaks facility in Dubuque bears the name Jeff Davis Center in recognition of his service.

In conjunction with the Davis family and Wayne W. Anthony Jr., the City of Dubuque will recognize and memorialize the land to Anthony in the future and consider the future use of the land.   The donation of this land, formally accepted by the City Council in December 2018, will expand Eagle Point Park.  It will preserve the woodland and potentially enable the addition of walking trails through natural habitat ideal for viewing wildlife.  This is the first land addition to Eagle Point Park since 1937.

“This land donation is an amazing gift to the Dubuque community,” said City of Dubuque Leisure Services Manager Marie Ware. “We thank Mr. Davis and are pleased to honor his father-in-law, Wayne W. Anthony. Citizens and tourists will enjoy and cherish this gift, an addition to our most revered and visited park.”

Eagle Point Park, located at 2601 Shiras Ave., opened in 1909 and was added to the National Register of Historic Places in 2017. With this new land addition, Eagle Point Park spans a total of 175.57 acres.

The idea for Eagle Point Park was conceived by city leaders in 1907 when Charles M. Robinson, a noted eastern park specialist, visited Dubuque. After touring scenic locations in the city, Robinson commented, “I have never seen a place where the Almighty has done more and mankind less, than
Dubuque.” In June of 1908, 100 acres were deeded to the city and became Eagle Point Park. Since
the original purchase, 18 parcels have been purchased or donated.  Streetcar traffic began to serve the park in 1912 and shortly after the Riverfront Pavilion and Shiras Memorial Pavilion were constructed along the riverfront promenade.

The park took on a new look in the 1930s when the City received a $200,000 Works Progress Administration grant and hired noted landscape architect Alfred Caldwell. His love of Prairie School architecture is very recognizable in the park buildings and gardens. Caldwell’s exceptional use of native construction materials, craftsmanship, and unique designs make the park one of the most beautiful in the Midwest.  After World War II, the open-air pavilions, a band shell, and other park amenities were added to Eagle Point Park. Since 1990, updated play structures, accessible restrooms, and landscape features have been added.